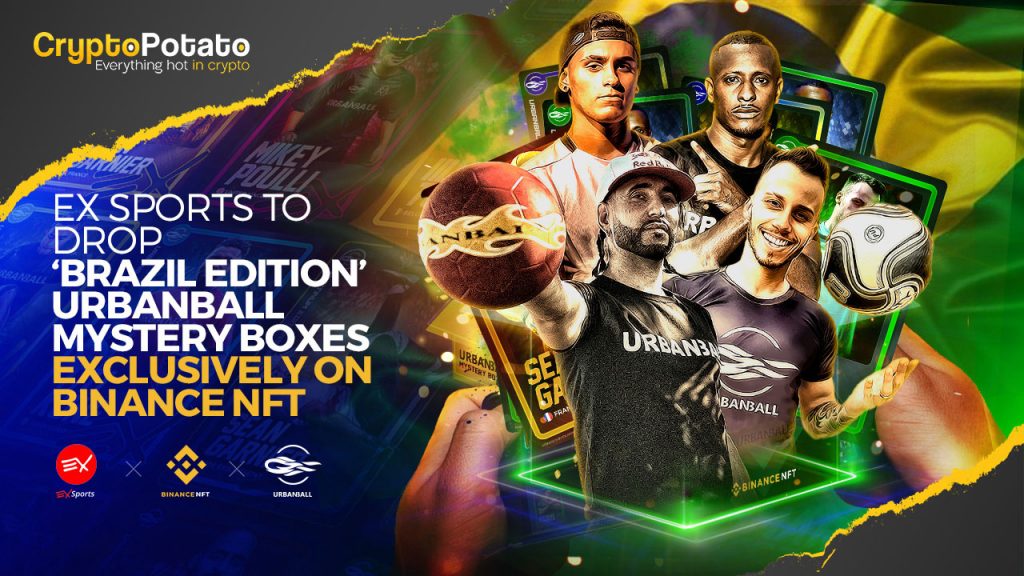 After selling out of the first two drops, the third drop will go live on the 29th July, at 11am UTC, for 24 hours only.

Urbanball is a one-of-a-kind street football ecosystem that supports its growth. In partnership with superstar Sean Garnier, they hold monthly “Fightball” tournaments around the world in search of the best street footballers. ‘Fightball’ is a 1-vs-1 football format with 2 players & 1 goalie.

The tournament in Brazil unveiled two freestyle football champions: Gui Marcondes, the São Paulo Champion, and Bulico, the Rio Champion. The two have had their NFTs created and included in the latest Urbanball collection, and will also become characters in the upcoming Urbanball mobile game. The drop will also contain NFTs of renowned Brazilian TV sports personality Adonias Fonseca.

Sean Garnier is a 2x world freestyle football champion and top 10 Redbull athlete. He has teamed up with EX Sports to give real athletes increased exposure whilst inspiring fans across the globe. Sean has also created skill NFTs of different football techniques that will enable players to improve the performance of their characters.

Rewards
Holders of the ‘Flame’ and ‘Diamond’ NFTs from previous drops were rewarded by meeting football legends Neymar and Dani Alves. The Brazil drop has a special surprise with benefits and opportunities not seen in the last two drops.

Dani Alves, who is the most decorated player in the history of football, has collaborated with British watchmaker, Backes & Strauss, & tech company Collossalbit, to create an NFT collection of timepieces made to celebrate his career. They have partnered up with Urbanball to include 10 NFTs in the Brazil drop. Holders get exclusive access to Dani’s Metaverse room, where they see memorabilia and even potentially meet the legend himself. Included is a 3D model of the watch that can be worn in other metaverses. Holders get to meet Sean Garnier and other superstar footballers.

The Urbanball ecosystem has a unique revenue model that ensures that the athletes earn royalties and rewards from the sale of their NFTs and use that to develop their careers.

About EX Sports
EX Sports is a full circle fan engagement platform centered on an NFT Marketplace, Live Streaming, Gaming and E-Commerce. A core mission is to promote athletes in ‘niche’ sports, such as; Muay Thai, Jiu Jitsu, Powerlifting and Street Football, who have huge fan bases but can often be overlooked in comparison to the likes of Premiership players, NFL pros and NBA athletes. EX Sports is fighting for these ‘underdogs’.